Menu
Curated by Falk Marques Group
In the Spotlight… 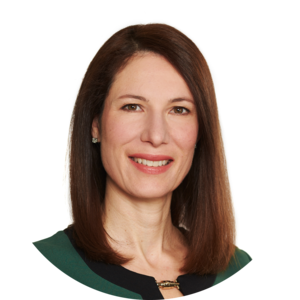 VERTU Capital, which was founded by Lisa Melchior, has its first liquidity event – one that comes some two years after it first backed the company. The Toronto-based firm along with co-investor BDC Capital sold Firmex to Datasite, a technology provider for global mergers and acquisitions professionals and a portfolio company of CapVest Partners. Terms were not disclosed, but Lisa tells Women’s PE Briefs that “we are pleased to have delivered significant value to our partner company and investors in a short period of time and to a great case study of VERTU’s investment thesis in action.” She added that VERTU and BDC were not looking to sell Firmex, but that Datasite approached them with a “strategic offer.”

Firmex, based in Toronto, is a provider of virtual data rooms and secure document sharing solutions. The company’s platform has been used by more than 4,200 companies in 110 countries – including financial and legal intermediaries, investment firms and corporations.

VERTU and BDC agreed to acquire Firmex in February 2019 from Novacap. Lisa said Firmex – VERTU’s first investment – was “an excellent fit with her firm’s key investment criteria: a complex technology, an excellent management team and a scalable platform and offering that is at an important inflection point in terms of global growth. In short, we invest in solid, successful global companies with a unique technology platform that are ripe for up levelling to the next stage of accelerated growth.” During the past two plus years, Firmex has generated double digit revenue and EBITDA growth.

In a statement, Joel Lessem, Firmex’s CEO and co-founder, said that Lisa and the VERTU team brought deep domain and operational expertise “that allowed us to take what was a fast-growing, market-leading company to the next level.” He said that the company’s partnership with VERTU “has been a game-changer for Firmex.”

Lisa formed VERTU in 2017 after leaving her role as a managing director with OMERS Private Equity where she led its North American technology investment group. VERTU, earlier this year, led a $60 million recapitalization of Dejero, a Waterloo, Ontario provider of live video and real time data solutions. Lisa spoke at the Virtual Women’s Leadership Unbound Summit.

Back to In the Spotlight…
Next