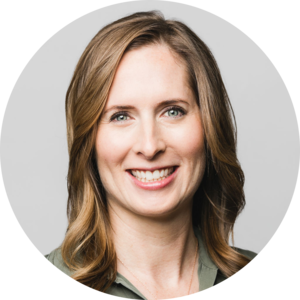 Felicis Ventures, whose head of investor relations is Katie Riester, raises two new funds – funds that will be deployed by an investment team that includes partners Victoria Treyger and Viviana Faga, principal Grace Chou and senior associate Jiani Chen. The Menlo Park venture firm closed its eighth early-stage fund at $600 million and also its first opportunities-type fund at $300 million. The opportunities-type fund will be used to invest in the best companies from earlier funds.

The new funds come some 18 months after Felicis closed its seventh fund at $510 million. Felicis was launched in 2006 by Aydin Senkut with $4.5 million. Felicis does everything from seed to Series C deals.

Katie joined Felicis in 2017 after being a director at SVB Capital – where she was, in fact, one of Felicis’ first investors. She previously was at Cambridge Associates.

Victoria joined Felicis in 2018 when it closed its sixth fund. One of her portfolio companies, Hippo Enterprises, recently went public through a merger with a special purpose acquisition company. She also this year invested in DataGrail, which is striving to help brands build customer trust and transparency. Victoria’s investments also include Nayya, Alloy, Sprout Therapy, Dovetail, Drum and SentiLink.

Viviana just joined Felicis. She was previously an operating partner at Emergence Capital and held operating roles with Zenefits, Platfora and Yammer.

Grace, who was promoted earlier this year, has sourced and worked on the firm’s investments in TrialSpark, Sprout Therapy, Torch, Good Dog, Marigold Health, Floravere, LabGenius, Sendoso and Kyklo. Prior to Felicis, Grace was senior manager of corporate development at Walmart eCommerce.

The Jordan Company, whose head of its global investor capital group is Kristin Custar, closes its first continuation fund. The private equity firm raised more than $1.3 billion to fund the purchase of portfolio companies from its 2007 fund, The Resolute Fund II. The new fund provides TJC with additional time and capital to support the continued growth of key portfolio assets while also providing limited partners of the 2007 fund a liquidity opportunity. Hamilton Lane led the transaction.

In a statement, Kristin said the “transaction received strong support from existing Resolute II limited and was oversubscribed by prospective new investors.” Kristin will speak at the upcoming Women’s Private Equity Summit, which TJC has been a longtime sponsor of.

Fika Ventures, which was co-founded by Eva Ho, raises two new funds – funds that senior associate Gabriella Brignardello will be involved in deploying. Fika said that it had closed its third fund at $160 million and its first opportunity fund at $35 million. Eva founded Fika in 2016 with TX Zhuo. The firm’s first fund was $41 million and its second – raised in 2019 – was $77 million.

In a blog post, Fika said it will continue to make concentrated investments in enterprise software, fintech, marketplaces and health care IT and invest all over the United States and Canada.

Fika’s investments include BackboneAI, a data automation platform developer; FairClaims, a dispute resolution platform; Elementary Robotics, a developer of robot assistants; Policygenius, a direct-to-consumer insurance company whose co-founder and CEO is Jennifer Fitzgerald; Allocate, which was co-founded by Hana Yang and is aimed at enabling investors of all sizes to invest in venture capital funds; and WeeCare, a platform that helps caregivers start and manage curriculum-based home daycares whose CEO is Jessica Chang.